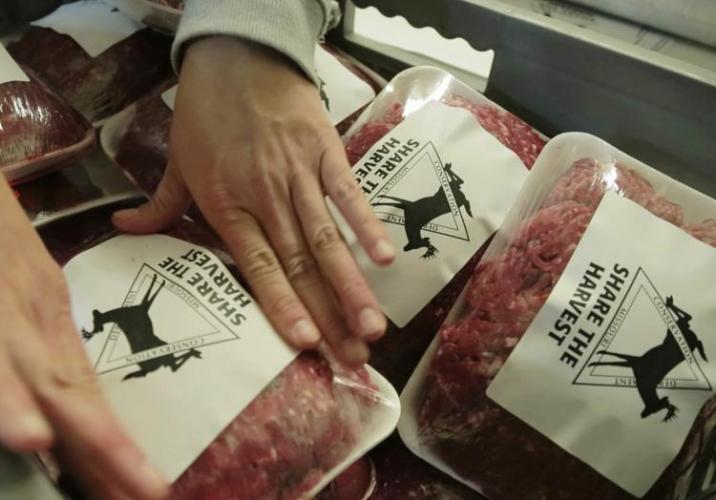 Caption
MDC and the Conservation Federation of Missouri encourage deer hunters around the state to help feed hungry Missourians by sharing their harvests through the state’s Share the Harvest program. New this year, CFM is holding a Share Your Harvest photo contest.
Credit
MDC
Right to Use
1/1
Image 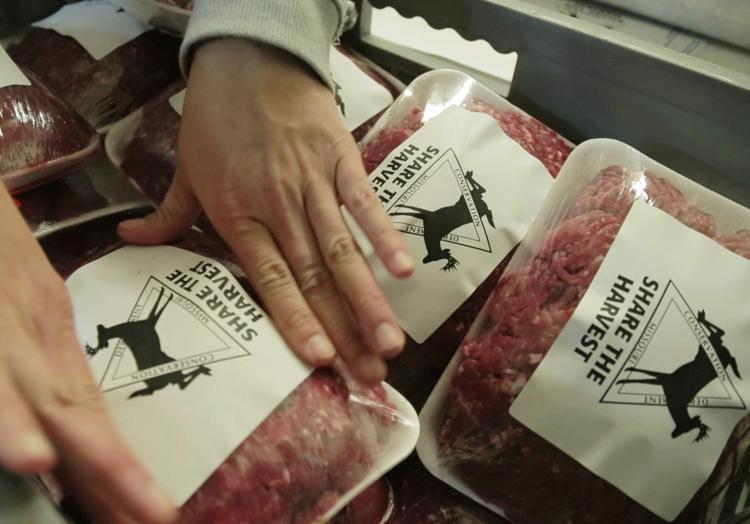 Is user submitted
Caption
MDC and the Conservation Federation of Missouri encourage deer hunters around the state to help feed hungry Missourians by sharing their harvests through the state’s Share the Harvest program. New this year, CFM is holding a Share Your Harvest photo contest.
Credit
MDC
Right to Use
News from the region
Statewide
By
Joe Jerek
Published Date
10/07/2019
Body

The program works by deer hunters donating their extra venison -- from several pounds to whole deer -- to participating meat processors throughout the state who grind and package the deer meat. The packaged venison is then given to local food banks and food pantries for distribution to Missourians in need of food assistance.

The National Institutes of Health states that children need protein in their diets for proper growth and development, and adults need it to maintain good health. Yet many Missourians can't afford or don’t have access to good sources of protein. Through Share the Harvest, Missouri hunters can help provide those in need with high-quality protein in the form of naturally lean, locally harvested deer meat.

New this year, CFM is holding a Share Your Harvest photo contest for those who share their harvests. Before donating a deer to Share the Harvest, take a picture and upload it to CFM’s website at confedmo.org/programs/outreach/share-the-harvest/ to be automatically entered into a contest for various prizes. The prize drawing will be held Jan. 27, 2020.

Donating deer from a CWD-positive county?

Chronic wasting disease (CWD) is a deadly illness of white-tailed deer and other members of the deer family. There have been no known cases of CWD infecting people, but the Centers for Disease Control and Prevention (CDC) strongly recommends having deer tested for CWD if harvested in an area known to have cases of the disease. The CDC also recommends not eating meat from animals that test positive for CWD.

MDC has found 116 cases of CWD in Missouri since 2012 out of more than 100,000 deer sampled so the disease remains relatively rare in the state.

When donating deer harvested in the CWD Management Zone that have been sampled for CWD before being taken to an approved processor for donation, present the CWD barcode number provided at the sampling station to the processor as proof of sampling. If a sample has not been collected before donation, the processor will collect the sample or remove the head and submit it to MDC for sampling.

Deer harvested outside of the CWD Management Zone may be donated to any Share the Harvest processor.