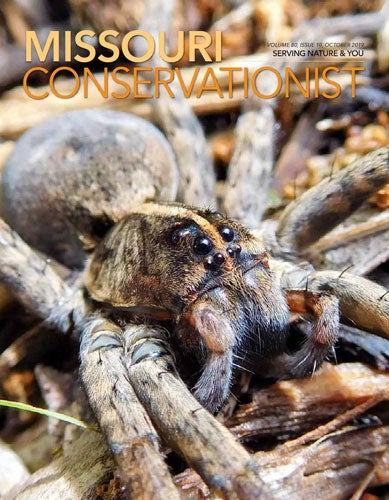 In 2015, Colombian ornithologist Camila Gómez led a team of Colombian, Canadian, and U.S. researchers working in the lush, tropical forests of the Sierra Nevada de Santa Marta in northern Colombia to learn more about the area’s role as a stop-over site for birds during spring migration. Researchers tagged over 100 gray-cheeked thrushes and tracked their 2,000-mile migration over the Gulf of Mexico and Caribbean to their breeding grounds in the boreal forests of Canada. Through this study, Gómez and the others learned that gray-cheeked thrushes’ final leg of spring migration can range from three to 40 days, depending on their fat content and body condition. One individual flew over 2,000 miles in three days, only stopping for a few hours along the way.

Tracking wildlife with projects such as these helps researchers learn how an animal interacts with the space around it, at small and large scales. Tracking the movements of wildlife not only teaches us more about an animal’s natural history (survival, territory size, breeding success, habitat use, and behavior), but also informs how land managers can best provide habitat for them or study potential positive or negative effects of changes to the landscape.

As insightful as Gómez’s research is to the important role habitat plays in the migration of Neotropical songbirds from their Central and South American winter homes to their North American breeding grounds, it was the technology used in conducting the research that promises to improve our understanding of migrant species that pass through or breed in Missouri.

Advances in technology are revolutionizing the way researchers are tracking bird migration. The weight of transmitters has limited the bird species researchers can track, as most transmitters are too heavy for small Neotropical migrants. Advances in technology are producing incredibly light “nanotags,” which are opening up this area of research for small Neotropical songbirds that travel over 1,000 miles twice a year to and from the wintering grounds. Many of our Missouri-breeding migrant warblers weigh between 10 and 20 grams; larger warblers or migratory thrushes between 50 and 60 grams. Because of these new lightweight tags, the smallest of these species are now candidates for study in tracking migration.

MDC and partners like the Missouri Conservation Heritage Foundation and the U.S. Fish and Wildlife Service are working to broaden the scope of this technology in Missouri and across the Midwest to learn more about the migratory timing and movements of birds that breed in or migrate through the middle of the continent.

The Motus Wildlife Tracking System (Motus) is a revolutionary program of Bird Studies Canada, in partnership with Acadia University, that began in 2014. The Motus network is based on two components — the nanotags and a network of passive receivers, or mini computers hooked to antennas, placed on the landscape — all set to the same radio frequency. Tiny Motus tags, ranging from 0.2–2.6 grams, are placed on birds and set to the same frequency as all Motus receivers. When the tagged bird or bat passes within range of the receiver (about 15 km each way with a clear line of sight), the tag’s unique signal is detected and recorded. There are over 400 Motus receivers in the Western Hemisphere alone, and 880 across the world, set to the same frequency. If a Motus-tagged bird passes within range of any Motus receiver along their migratory route, that bird’s unique signal is detected and stored.

The collaborative nature of Motus is the real game changer. Previously, researchers studying movements of small birds placed their own receivers along a migratory path, hoping their tagged birds would fly within range. These receivers were specific to that one project, resulting in a large investment of time and funds for a small research benefit. Since all Motus receivers work together to detect Motus-tagged birds on an unlimited number of research projects (currently 283), expanding the network of those receivers greatly broadens the scope of what we can learn about migratory birds of any size. Motus expands the horizons of what we can learn about the migratory patterns of birds, bats, and large insects, which is why Missouri is working to place receivers across the state.

While there are over 400 receivers in the Western Hemisphere, only a few dozen are in the Midwest, mostly along the coast of Lake Superior and east of Missouri. The Midwest is still largely a “black hole” for Motus detection, but this region acts as a major thoroughfare for many migrants to the north and south, called the Mississippi Flyway.

The plan for Missouri is to place Motus receivers on existing infrastructure, such as MDC communication or fire towers, with overlapping detection diameters to create a “digital fence” across the state. This means that any Motus-tagged animal moving through the state will be detected. The first goal is to place an overlapping digital fence roughly along U.S. Highway 60, a corridor that passes through our Missouri Ozark forest.

Many Neotropical migrant songbirds stop over on migration or breed in these large swaths of oak-hickory-shortleaf pine forest. These extensive forest tracts produce an abundance of insects that feed hungry long-distance migrants to fuel up for migratory travel or to sustain themselves and their young during the breeding season. While it’s known that this part of the state provides abundant nesting habitat for many Neotropical migrant songbirds, there is still much to learn.

Additional Motus receivers across the Midwest support a hemispheric effort to learn more about migratory birds. Each receiver placed provides an additional opportunity for tagged birds of research projects to the north and south of us to be detected and studied. More Motus coverage in Missouri will also attract new research to the state. Not surprisingly, there are few Motus research projects in the Midwest due to this lack of infrastructure. Motus will allow MDC and its partners to continue to delve deeper into the long-distance movements of migratory birds and bats, but also help us learn what roles Missouri habitats play in their life cycles. Further understanding leads to improved conservation and a glimpse at the bigger picture — that these birds’ time spent here is just one part of their annual story.

Bird banding is the oldest method of tracking birds and likely the one that most are familiar with. The U.S. Geological Survey’s Bird Banding Lab is the sole source for small, lightweight aluminum bands with a unique number combination that are placed on a bird’s leg or foot. The Banding Lab distributes and tracks all bird bands, so when a band is placed on a bird, details for that bird are recorded and reported back to the Banding Lab. If the bird is recaptured later in its life, the unique number on the band is reported  again, giving researchers details of the bird (age or sex, body condition) and locations of previous captures. While bird bands can be very useful and give us exact locations of a bird in its life (if it is recaptured after its initial banding), this method doesn’t provide information on where the bird has been in between those two points in time.

Radio telemetry is the most commonly used method to track the movements of wildlife, including birds. A transmitter, or tag, is attached to a bird and emits a unique signal on a set frequency. The tag’s signal is picked up by an antenna and receiver carried by the researcher and tuned to the same frequency as the tags. By logging the specific locations of the various individuals in a study over a period of weeks or months, the researchercan later map out individuals’ movements, behavior, habitat use, or other metrics that answer their research questions.

Data-logging tags, sometimes called light-level geolocators, are different in that they
don’t emit real-time signals but store a bird’s location data within the tag. These tags
turn on a few times per day to record light and dark time and are used to calculate
latitude and longitude to determine location. One challenge of this approach is that
researchers have to recapture the bird the following year and scan the tag to retrieve
the data. Many songbirds return to the same breeding areas year after year, but even
these site-faithful birds face many threats throughout the year and not all return. The
rates of recapture for geolocator-tagged birds are fairly low, about one in five. Although
researchers may not recover most of the tags they deploy, the data they are able collect
from returning birds is amazing. The tags map the birds’ general pathway and record
how long the journey takes, both ways.

Larger and more expensive satellite transmitters ping satellites in space and
can either store the data in the tag or provide real-time data on the movements of
birds large enough to carry them — mostly raptors, large shorebirds, seabirds, and
waterfowl. Batteries are the limiting factor when it comes to attaching tags to birds. To
avoid impacting the bird’s ability to fly, federal regulations state the total weight of the
transmitter and battery must be limited to about 3 percent of the bird’s total weight.
Some satellite transmitters have their own mini solar panels, but this is only feasible if
the bird weighs enough to carry the transmitter.

These two horizontal antennas hooked up to a Motus receiver were fitted to an existing tower at MDC Headquarters in Jefferson City last fall with support from the U.S. Fish and Wildlife Service. Placing Motus equipment on existing MDC communications towers in a latitudinal array across southern Missouri will allow any Motus-tagged bird (or bat) to be detected entering or leaving the Ozarks. This May, the Jefferson City Motus receiver detected a Swainson’s thrush that was fitted with a Motus tag at Rockefeller Wildlife Refuge on the Louisiana coast in late April. That bird was detected 12 days later by a Motus receiver in Saskatchewan. All three of these detections helped track this bird on spring migration north to its breeding grounds in the boreal forests of Canada. MDC and its partners, including the Illinois Natural History Survey, the St. Louis Zoo, and American Bird Conservancy, were recently awarded a grant from the U.S. Fish and Wildlife Service to expand the Motus network across Missouri, Illinois, and on the wintering grounds in Guatemala.

Motus Wildlife By the Numbers 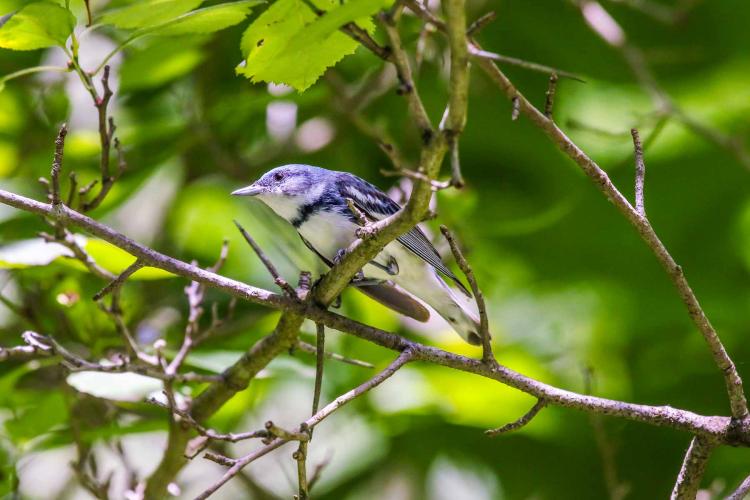 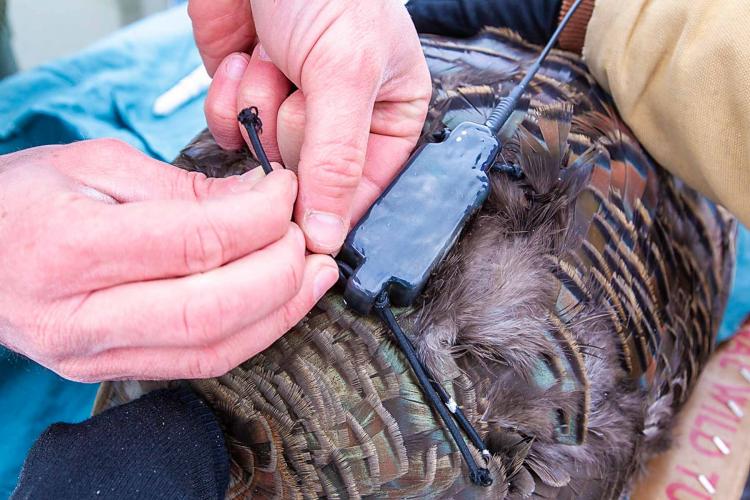 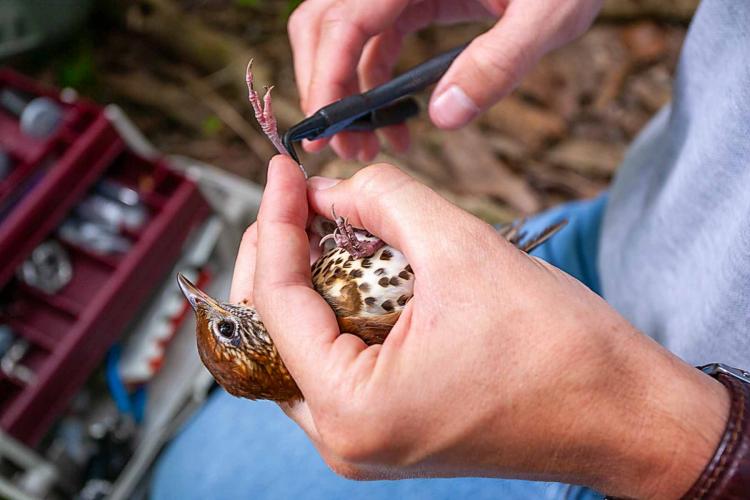 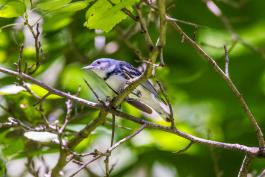 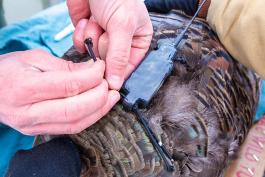 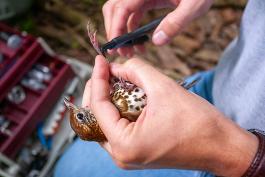