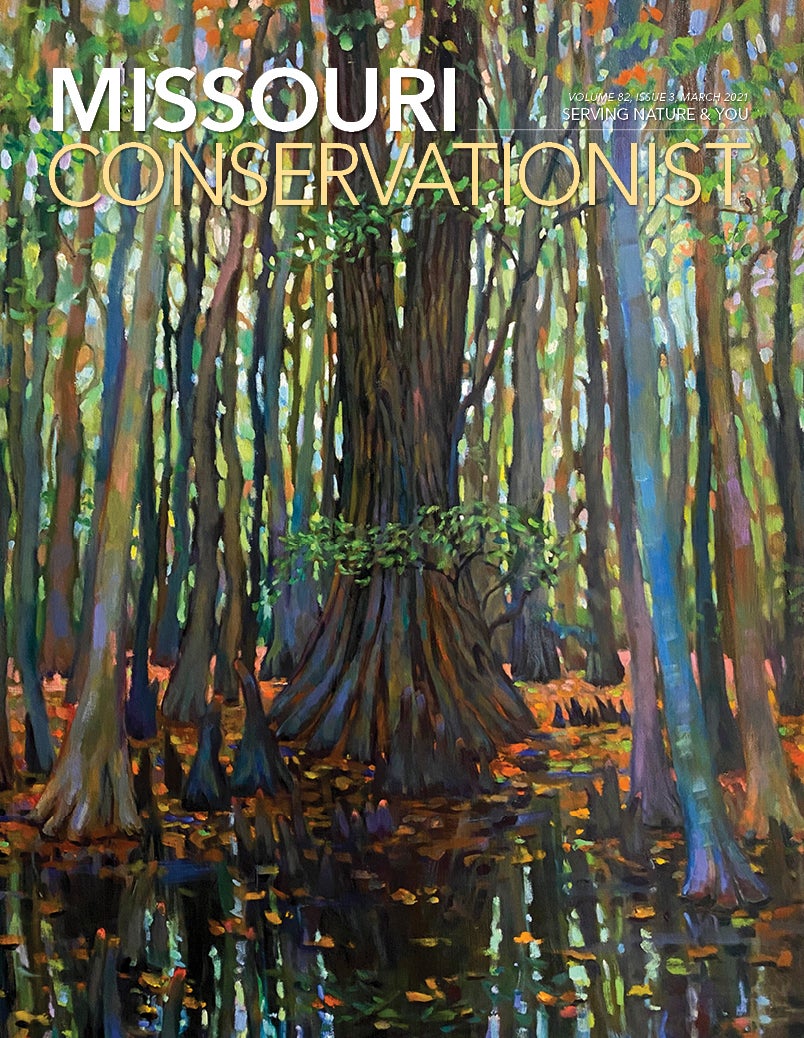 Get Hooked on Missouri Trout Fishing

MDC operates trout hatcheries at all four parks and stocks rainbow trout daily throughout the season.

Hatchery staff will again use data on trout tags sold in past years to anticipate the number of anglers expected on opening day. Staff will then stock about 20,000 trout across the four trout parks for anglers on opening day.

MDC encourages trout anglers to buy their fishing permits ahead of time from numerous vendors around the state, online at mdc.mo.gov/buypermits, or through the MDC free mobile app — MO Fishing  — available for download through Google Play for Android devices or the App Store for Apple devices.

Daily trout tags can only be purchased at each of the four trout parks. MDC encourages trout anglers to have the correct amount of cash for daily tags, if possible.

The cost of a daily trout tag to fish at three of Missouri’s four trout parks — Bennett Spring State Park, Montauk State Park, and Roaring River State Park — is $4 for adults and $3 for those 15 years of age and younger. The daily limit is four trout.

MDC is continuing a pilot program at Maramec Spring Park where the daily limit has been raised from four to five trout and the cost of a daily trout tag for adults is $5 and $3 for anglers 15 years of age and younger.

Bennett Spring State Park and Roaring River State Park store hours for daily tags will be Feb. 27 from 1 to 9 p.m. and Feb. 28 starting at 9 a.m. through March 1.

MDC reminds anglers and others visiting the trout parks to abide by all posted signs regarding wearing masks and social distancing requirements.

MDC notes that extensive hatchery renovations at Roaring River have recently been completed. The modernization of the facility will provide increased trout production, healthier fish, and the reopening of the raceways where trout are raised before release. Due to Roaring River Hatchery being out of production, current trout inventory levels will require adjustments to normal stocking rates, but there will be plenty of fish for anglers to have another great season in 2021. Learn more at short.mdc.mo.gov/Zad.

MDC also notes that Roaring River has changed some fishing zones and advises trout anglers to check at the park for new information. Changes include changing the lower end of Zone 3 and moving Zone 3 about 545 feet up into Zone Two.

Imagine catching a giant, prehistoric fish whose ancestors swam during the time of dinosaurs. That is a reality for thousands of paddlefish snaggers during Missouri’s annual spring paddlefish snagging season. Paddlefish, named for their large, paddle-shaped snouts, are an ancient species that can grow to 7 feet and weigh more than 100 pounds.

MDC reported four firearms-related hunting incidents during the 2020–2021 fall deer and turkey hunting seasons. The incidents were all self-inflicted and non-fatal.

The emerald ash borer (EAB) is an exotic Asian beetle that was introduced into North America before 2002 and is now found throughout much of Missouri. EAB larvae feed on and kill ash trees. Ash trees can be protected from EAB by using specific insecticides.

MDC recommends that property owners and communities begin insecticide treatment for their healthy ash trees this spring if they want to resist EAB attack.

MDC Forest Entomologist Robbie Doerhoff said that smaller trees (20 inches or less in diameter) can be treated by the homeowner using a soil-drench insecticide. Trees larger than 20 inches in diameter should be injected with insecticide by a professional.

“It’s best to call an arborist certified by the International Society of Arboriculture to do this job,” Doerhoff said. She recommends starting with TreesAreGood.org, which lists several ISA-certified arborists in Missouri.

Learn more about EAB from MDC online at short.mdc.mo.gov/Z4C.

Missouri hunters, trappers, anglers, and others can get free copies of updated booklets on spring turkey hunting, trapping and hunting seasons, fishing, and the Wildlife Code of Missouri starting in early March. The handy booklets have information on related permits, seasons, species, regulations, limits, conservation areas, sunrise and sunset tables, and more.

Paddlefish season opens March 15 and runs through April 30 statewide, May 15 on the Mississippi River. Anglers must be properly licensed and know the regulations governing the waters they are visiting. Once the daily limit of two paddlefish is reached on Lake of the Ozarks and Truman Lake (including their tributaries) and the Osage River below U.S. Highway 54, anglers must stop for the day. Be mindful of size restrictions where you are fishing. Finally, paddlefish eggs cannot be possessed while on the water or adjacent banks or transported outside the body of the fish.

For more information, including methods, limits, permits, regulations, tips, and where to fish, visit short.mdc.mo.gov/ZTC. 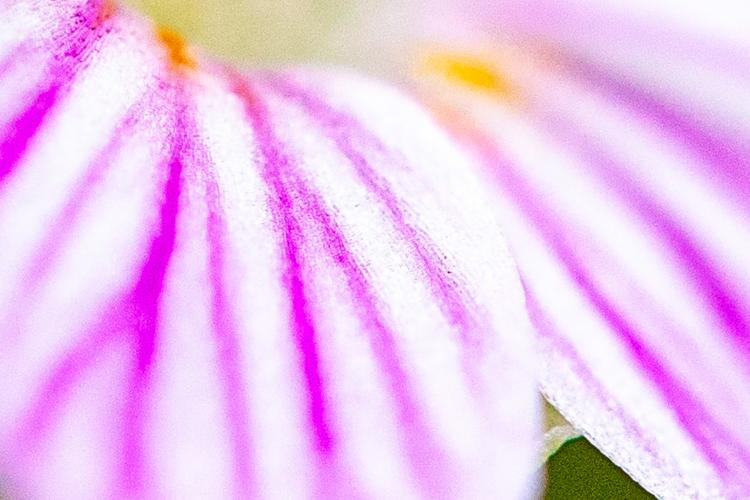 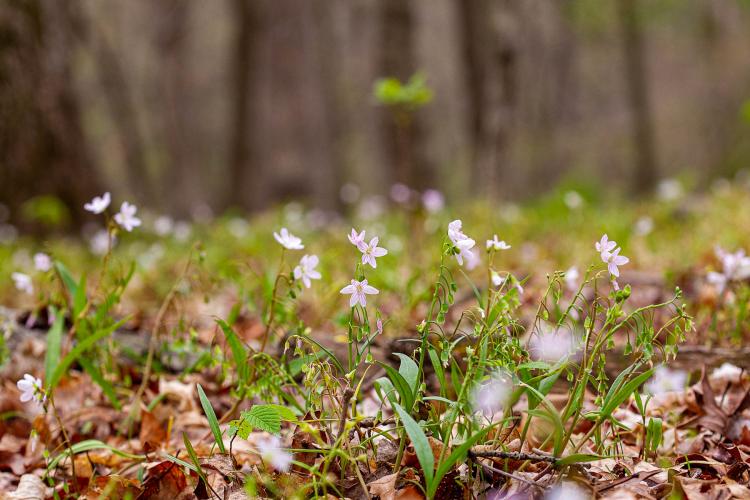 Spring beauties, Missouri’s most widely distributed early spring flower, are found in abundance in open woods, fields, valleys, suburban lawns, and sometimes rocky ledges. Their five-petal white flowers bloom from February through May. Picking up on the scientific name, Claytonia virginica, they also are known as Virginia spring beauty. They are also referred to as fairy spud for the edible corms, which resemble tiny potatoes.

Ask MDC
Get Outside
Inbox
Nature Lab
Places To Go
Up Front With Sara Parker Pauley
We Are Conservation
Wild Guide: Horned Lark