Southern flying squirrels (Glaucomys volans) look like something cooked up in a mad scientist’s laboratory — a la Frankenstein. Take a field mouse and stretch it to chipmunk size, mix in a squirrel’s bushy tail, night-vision goggles, and a daredevil’s wingsuit, and voila! You have a southern flying squirrel.

These chipmunk-sized rodents have large dark eyes, a slightly upturned nose and large ears. Males and females look alike — mostly gray, soft, silky fur on top and white on the bottom. Between their front and back legs is a loose flap of skin that stretches out like a kite when it’s time to “fly.”

The Fur Flies at Night

Although flying squirrels are common statewide,

most people have never seen one. That’s because they’re nocturnal. At night, while gray and fox squirrels are curled in their nests, flying squirrels dive through the dark, gathering acorns and hickory nuts. But that’s not all that’s on their moonlight menu. They’ll happily munch on moths, beetles, caterpillars, fruits, berries, garden vegetables, tree buds, tree sap, mushrooms, baby mice, baby birds, eggs, and birdseed.

To Glide or to Fly … That is the Question

Though “flying” is part of their name, the southern flying squirrel’s moniker is quite misleading. They don’t really fly at all. What they do to navigate the night sky can best be described as gliding.

When a flying squirrel decides it’s time to take to the sky, it climbs to a high perch then plunges spread eagle into thin air. They use a flap of skin draped between their wrists and ankles called a patagium. When stretched, the patagium billows like a fur-lined parachute. By changing the slack in the patagium and steering with their long, flat tail, the squirrel swoops around branches and sails safely to its destination. With a lofty launch site and a good tail wind, flying squirrels can glide up to 250 feet.

Flying squirrels live throughout Missouri in forests, towns, city parks, even backyards — wherever there are large oak or hickory trees. They prefer mature forests with plenty of old dead or rotten trees riddled with woodpecker holes. In fact, they like to sleep 20 to 30 feet up in old woodpecker holes and other tree cavities. They can squeeze into a hole about the size of a quarter. In cities, flying squirrels make do, taking up residence in attics and birdhouses.

Flying squirrels don’t hibernate for the winter. Rather, when temperatures plummet, flying squirrels huddle together in tree cavities, relying on each other’s bodies for warmth. Since they can’t pack on fat like other squirrels, huddling together warms their dens by 30 degrees or more. Doing so allows them to reduce their metabolic rate and body temperature to conserve energy.

Social reasons also encourage this behavior among flying squirrels. It isn’t unusual to see high numbers of flying squirrels together. Nineteen squirrels were once found snuggled together in Missouri, and 50 were packed into a single tree in Illinois. Now that’s one packed house!

Flying squirrels breed from February through March and again from August through October. Between four and six babies are born in the spring, and sometimes a second litter is born in late summer. Nests are prepared out of shredded bark and/or Spanish moss.

Newborns are naked, pink, and weigh less than one-fifth of an ounce. Female flying squirrels are attentive mothers, feeding their babies milk and wrapping them in their patagium so they stay warm. Females maintain several secondary nests to which they can bring their young to keep them safe. Flying squirrel mothers are fierce protectors. A flying squirrel was once seen moving her young, one by one, away from a forest fire and being singed in the process. Females will try to fight off predators even if outnumbered or if the foe is larger.

When young squirrels are about six weeks old, they attempt their first flight. Sometimes they need a nudge, but once airborne, the youngsters know exactly how to glide.

Flying squirrels cover the same trees and areas at night that their larger relatives, the gray and fox squirrels, occupy by day. Though their nighttime activities may appear entirely self-centered — gathering food to fill their bellies — their antics do keep our forests healthy. These shy creatures are part of a healthy forest ecosystem. For instance, they feed on the buds of trees, stimulating tree growth. They also feed on wood-burrowing insects, helping to control those populations of pests. And their burying behaviors — especially when it comes to nuts and seeds — help our forests to continue.

Flying squirrels also serve as a benefit to other animals who feed on them, including bobcats, raccoons, weasels, owls, hawks, and tree-climbing snakes.

If you have oak or hickory trees in your yard, chances are you also have flying squirrels. Many people enjoy their presence so much they put out special suet feeders and “birdhouses” to attract them. Here are some other tips to keep in mind:

Parts of this article were taken from Super Squirrels by Matt Seek, which ran in Xplor in October 2012. 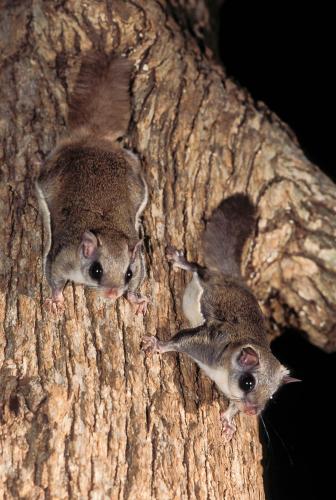 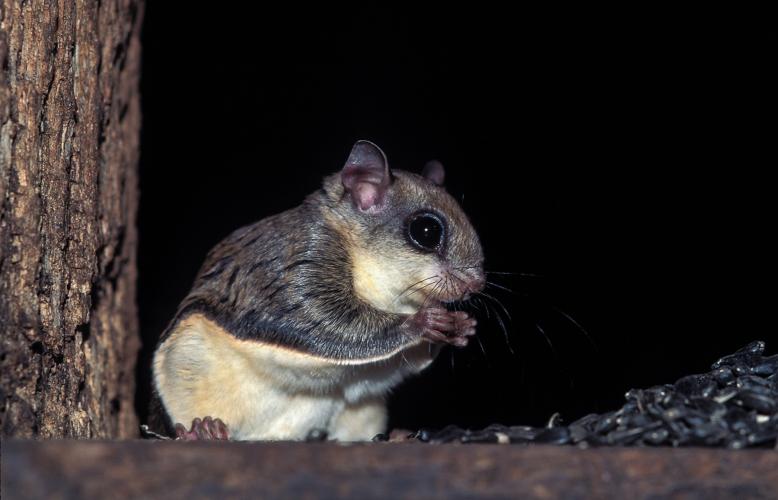 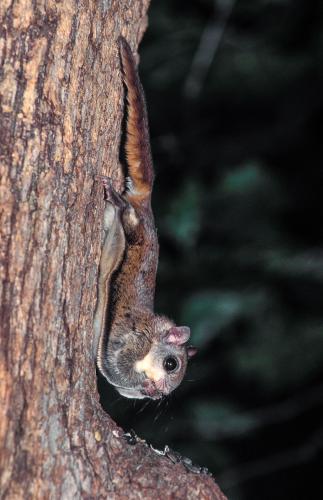 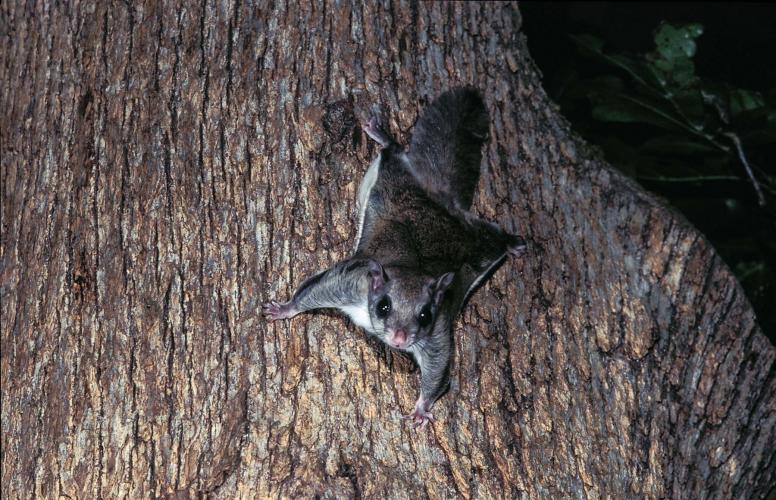 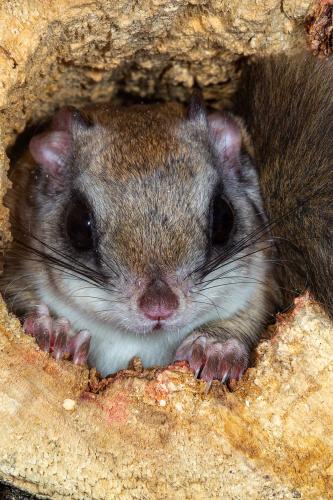 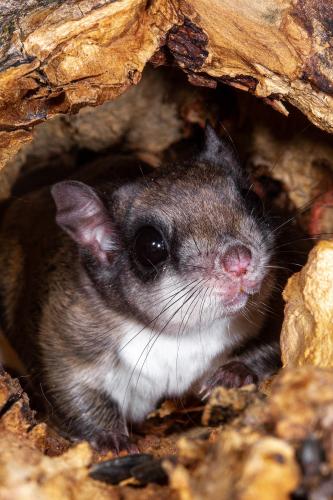 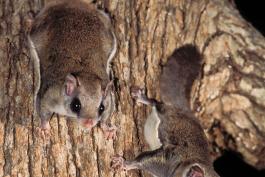 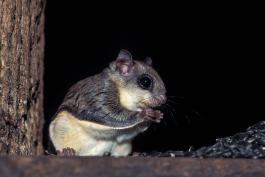 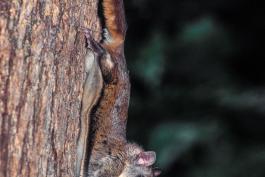 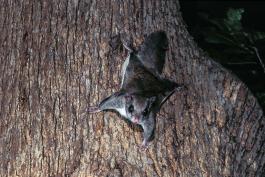 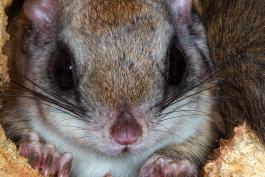 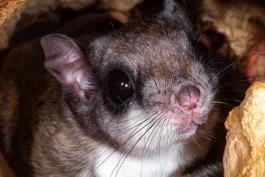