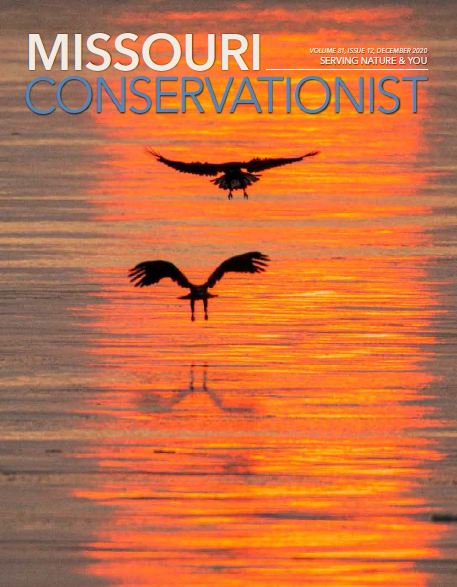 American holly is a small- to medium-sized evergreen tree or shrub that flowers from May to June. Its bright red-orange berries appear in October and often remain over the winter. Because of its exacting habitat requirements and loss of such habitat in our state, this species is rare in Missouri’s wild. But hundreds of cultivated varieties are planted by landscapers. To find American holly in the wild, visit Crowley’s Ridge in southeastern Missouri, where it grows on that ridge’s lower slopes in sandy-gravelly soils that remain moist from seepage. If you are planting American holly as an ornamental, keep its native habitat in mind, and provide it with moist, well drained sandy soils with plenty of room for growth and partial sun.

Because of its attractive, evergreen leaves and bright red berries that persist in winter, this plant is associated with Christmas. In fact, ”holly” is an ancient variant of the word ”holy.” It’s a popular landscaping shrub, providing good windbreaks. Its white wood is prized by carvers.

Dozens of species of birds use American holly as a food source and shelter. The berries are more palatable to birds after it frosts. 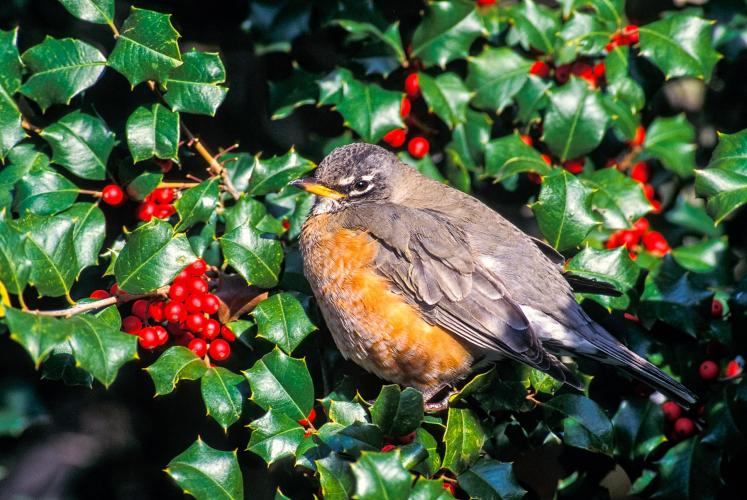 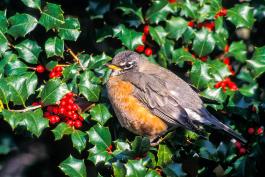