Forward motion. It’s more than a means to a destination for animals that fly, walk, run, or crawl.

Moving Forward from Discover Nature Notes on Vimeo. Discover ways you can move forward outdoors this New Year with inspiration from our wildlife and a quote from Dr. Martin Luther King, Jr.

Birds, insects, and bats fly with incredible stability, while other animals have evolved to glide.

Birds are built to fly with light bones, strong legs, and specially shaped wings. They’ll fly towards food and away from becoming food. They’ll fly from cold to warm places and back again during migrations. Millions of birds flyover and stop in Missouri’s wetlands, prairies, and forests to rest and refuel.

The peregrine falcon is the fastest bird with speeds over 200 miles per hour during its hunting dive. The American woodcock is among the slowest, easily outpaced by humans with a leisurely low speed of 5 miles per hour.

The hawk moth can fly slow, fast, side to side, up and down and even hover. Aligning with an open flower in heavy wind is an easy feat for their flight mechanics. Scientists have studied their flying abilities for aeronautical replication.

Coyotes run after rabbits that can’t match them for speed, but can turn on a dime in the heat of the chase. Some will leap to clear hurdles or pounce on a meal. Deer can run about 30 mph aided by long limbs and powerful shoulder and hip muscles. Red foxes run around 30-40 mph. Gray foxes are even faster. Lizards, like our collared lizard, can run away on two legs.

Some animals can walk just minutes after birth. A few can walk on water. Others like beavers and raccoons can walk on two legs while carrying things.

Most reptiles crawl. Snakes have three ways of moving on land; lateral undulating, straight crawling, and side winding.

Caterpillars have a unique way of crawling from back to front in waves. Because their parts move at different times and rates, scientists at Tuft’s University are studying these movements for applications for soft robots.

In the wild, the forward motion of animals is geared toward the basics of survival: food, water, shelter, and space. The mechanics of their motions are fascinating to watch and also inspires human innovation. 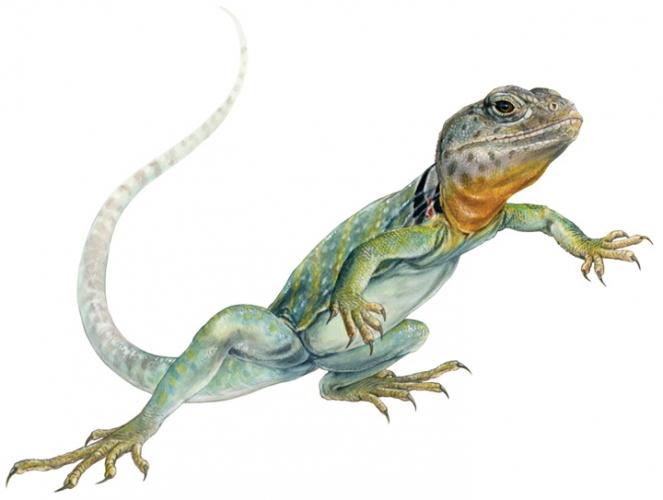 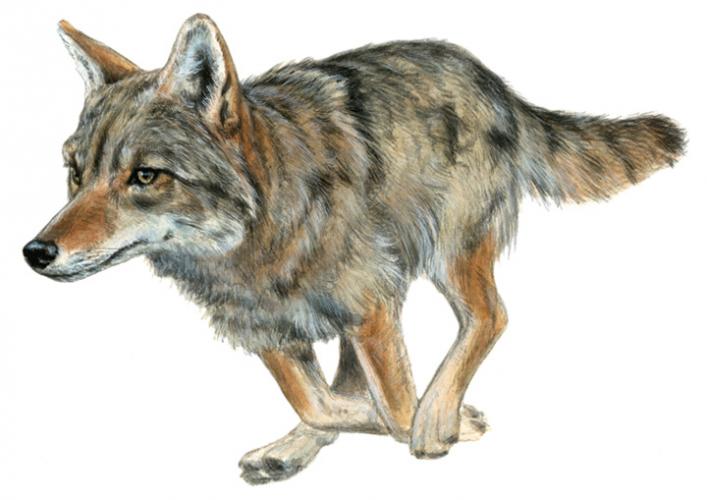 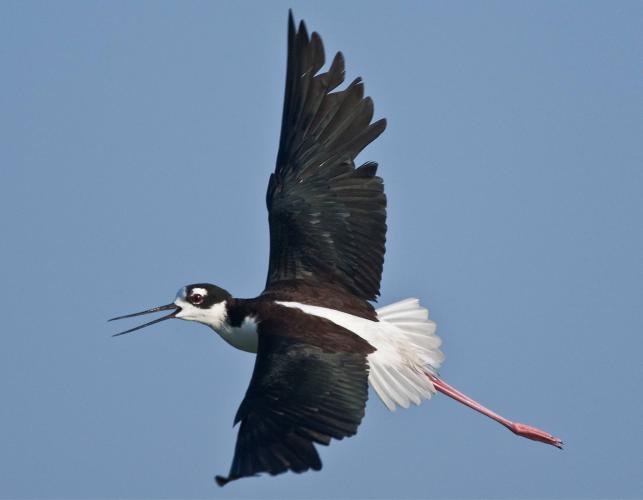 Caption
In flight, black-necked stilts call a loud, brisk “kek, kek, kek!” You’ll hear it if you approach too close to a nest or to young hidden in the vegetation. Black-necked stilts frequently fly in a wide circle around an intruder.
Credit
Noppadol Paothong
Right to Use
3/8
Image 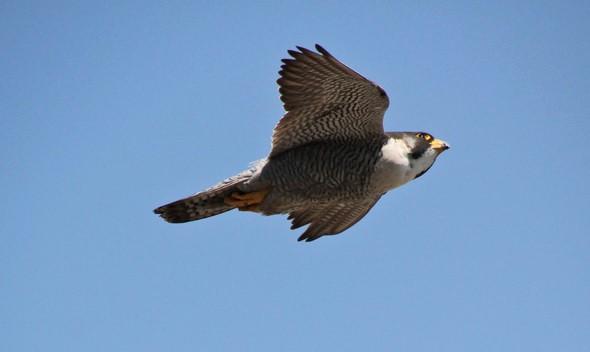 Caption
Conservation programs have restored nesting peregrine falcons to Missouri, often in cities with tall buildings that can host next boxes on ledges. The fast-flying falcons feed on birds such as pigeons.
Credit
Photo by Bill Graham, Missouri Department of Conservation
Right to Use
4/8
Image 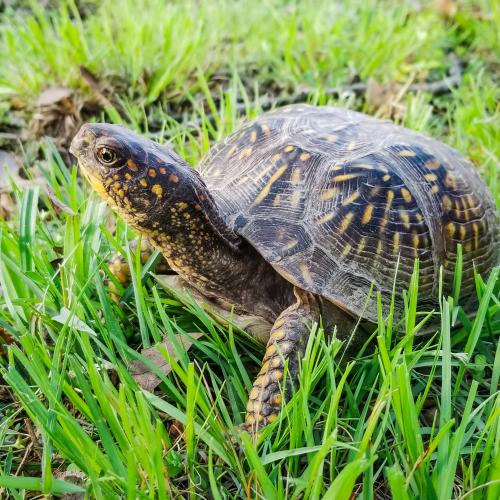 Credit
Submitted by MaryAnn Smith
Right to Use
5/8
Image 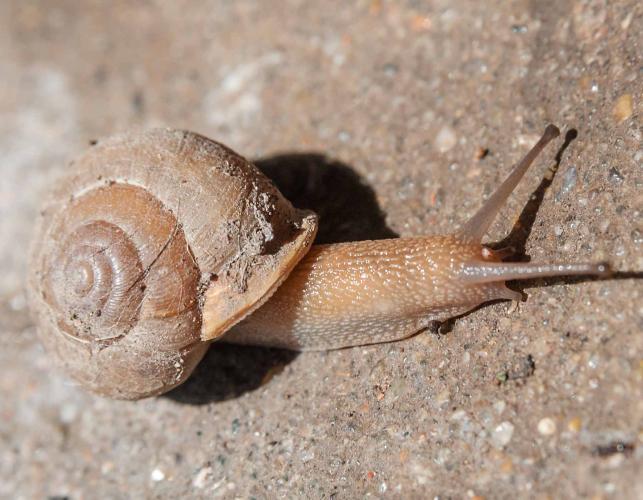 Caption
An Osage creation story tells that humans descended from a snail forefather, who transformed into a human after being swept by stormwaters to a hot, dry location.
Right to Use
6/8
Image 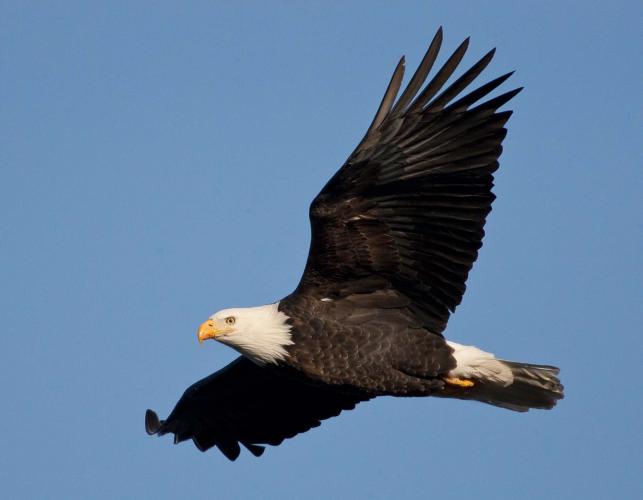 Caption
In flight, a mature bald eagle is identified by its dark brown body with white head and tail.
Credit
Noppadol Paothong
Right to Use
7/8
Image 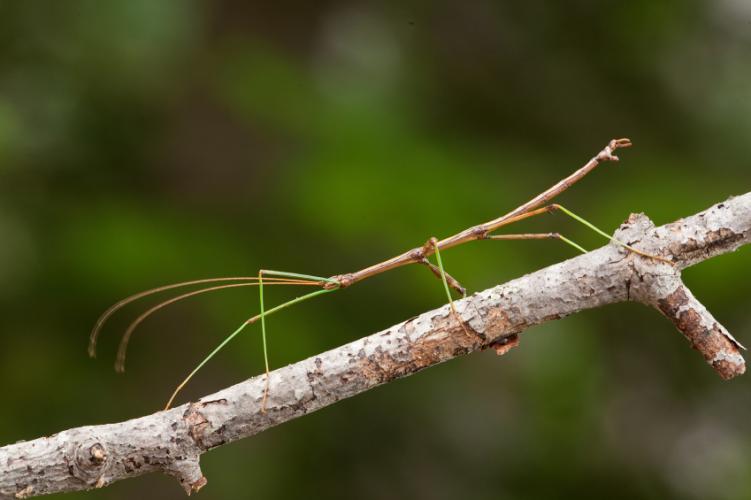